Incidence of instrumental and shared mapping in pedestrian navigation situations

The practice of walking in urban areas has been considerably transformed since the arrival of instrumental mapping tools like Google Maps. After several years of experimentation on collective walks using a shared mapping application, a central question clearly emerged: to what extent are instrumental and shared maps likely to change our behaviours and spatial representations?

While previous studies attempted to identify the impact of navigation tools on our cognitive representations, none really addressed the impact of collective interaction tools between walkers in urban environments. Specifically, this research aims at comparing spatial representations – obtained through sketch maps and graphs – and behaviour in space, translated through passively collected tracking data.

Our methodology includes 4 groups of subjects: i. test group ; ii. group using an instrumental mapping application (Google Maps), iii. group using a shared mapping application ; iv. group iii. that will repeat the experiment. It will be developed in 3 phases: a) Analysis and confrontations of individual and collective spatial representations; b) Analysis and confrontations of individual and collective behaviours; c) Confrontation of behaviours and spatial representations.

This international artistic exchange project brought together six PhD students from the “Fictions and
Interactions” research team of the UMR ACTE (Art / Creation / Aesthetic Theory), Paris 1 Panthéon-
Sorbonne University and six research group artists. NEART study (research in art and technology)
attached to the Institute of Arts of the Federal University of Uberlândia.
The aim of this project was to promote international doctoral research in art, both on a practical and a
theoretical level, by bringing together artists, researchers and PhD students at conferences, round tables
and exhibitions. interactions between the visual arts and new technologies around common issues such as
the immersion of the viewer in interactive devices, sound interfaces, or the relationship that can maintain
the works with the place in which they are exposed.
Three “phases” of exchanges were distinguished: The first took place in the city of Uberlândia in May
2012, the second in Paris in November 2012 and the third by a program of doctoral training and
institutional partnership between the team Research Center “Fictions and Interactions” and the Institute of
Arts of Uberlândia University

This research project aimed to question and define situated media and the shared mobilities in their respective territories and in their interactions and mutual fertilizations. The principles of creation and activation were at the center of these questions by enabling to question certain contemporary artistic practices. 1) How to circumscribe and define situated media and shared mobilities? 2) How are shared mobility allowed and activated by situated medias? 3) How did certain artistic practices seize situated media in shared mobilities to consider new creative devices? In this context, an experimental study on the relationships between mental, instrumental and shared maps were specified and developed. After many years of interactive artistic experiences between participants in distant cities, the goal of this present research is a better understanding of the links between mental, instrumental and shared maps while taking advantage of experiment of playful uses already realized. The methods used to address these issues have borrowed from the social sciences: social and spatial cognitions, geographic sciences, geomatics, behavioral sociology and media, and computer science. The envisaged results were considered at 3 levels: 1) a better understanding of the interactions between situated media and shared mobilities, 2) a set of experiments relating to the cognitive and functional modes of media related to the forms of associated communities, 3) possible feedbacks between the analysis of the data collected and the creation of new scenarios. The consortium brings together several research structures of Paris 1 with a new and multidisciplinary federation between the arts and geography centers, 4 foreign universities, 3 French universities, 3 CNRS laboratories and 3 media oriented companies located.

Creation and Immersion in Fictional and Virtual Devices

The research program ” Creation and Immersion in Fictional and Virtual Devices ” aimed to experiment and  analyze the creation and reception of fictional and virtual immersive devices. Creation was to be understood as the production of a new or unprecedented situation. In a first sense, immersion was understood as a strong sense of absorption of the physical and / or mental subject. The notion of “device” was to be understood as a set of both semiotic and material means to function strategically within a given situation. In the case of fictional devices, audiovisual devices, exposure methods and online works were the privileged territories of the researches discussed.
In the case of virtual devices, interactive installations, interactive games, multi-player universes and alternate reality devices (online and in real-life situations) such as those invented by the Blast Theory group were fundamental examples. Finally, both virtual and fictional situations were envisaged from what can be called “urban
fictions” that develop both in real-life situations and via the Internet and geolocation tools. 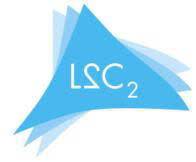 Digital interfaces in situations of mobility now constitute a technical and social environment that is ever more significant and broadly shared. While traditional mobility of individuals in public or private spaces is transformed by these interfaces, these interfaces, in turn, are also constantly being reconfigured, adapting to new uses and expectations that they trigger. By digital interface, we mean the most broadly used platforms and tools (servers, smart phones, tablets, laptops and apps).

In the area of interface, the contrast between the versatility of one device and the specificity of applications is a key point, calling for differentiated cognitive devices. Digital interfaces suggest an extension of cognition, in which one could argue that cognitive processes occur in the tool used as much as in the brain (extended cognition). This process is essential in regard to digital interfaces. Situations of mobility in the context of this colloquium include a large spectrum of movement, from gestures to walking and transportation, each type with its own characteristic, as well as the combinations of these kinds of movements. Digital interfaces can accompany gestures. Gestures modify digital interfaces. Walking through urban space with a device and an application naturally reconfigures these tools, whether in ordinary or unusual situations. The temporality of the transportation of bodies is quite different from that of the transportation or relaying of information (which takes place at variable speeds) allowed by added digital interfaces. If it is easily conceivable that digital interfaces accompany mobility, it remains to specify how mobility is redefining these interfaces.

A growing number of artistic, digital fictional game devices are based on user mobility and interaction through digital interfaces. We can distinguish between fixed ludic artistic devices (installations, exhibitions) that solicit participant movement and action for the activation of these devices, and nomadic artistic devices that are deployed on an urban scale, in a territory that is only partially configured. These latter devices, for which mobility is essential, aim to be operable and reconfigurable. Operativity, or the “nature of an action or series of actions organized to reach a certain goal”, focuses on the user. Rather than a simple dramatization or role play of an artistic scenario for a viewer, now, in a large number of contemporary art situations, the idea is to render the scenarios operable by the participant. This user, through actions, participation and involvement, performs the scenario. This performative principle, clearly asserted by numerous contemporary works, is establishing new links between art and games, as well as between games and fiction. These areas are now reconfigured by the use of digital and particularly virtual tools.

Through exploration, experimentation and the creation of alternate reality art devices, questions about the limits between real, virtual and fictional worlds are called into question. The immersions and emersions characteristics of these three worlds and their confrontation with one and other require new ways of elaborating and analyzing creations. This capacity for adaptation, to go between immersion and emersion is particularly significant in the use of digital interfaces in alternate reality games.

Yet it is also likely, in certain situations, to engender a reflexive, adaptive consciousness that is part of the artistic and aesthetic notion of device. The aesthetic dimension of artistic and ludic behavior and their continuum or their differentiation, thus offer a perspective that is part of this project. Digital interface suggests an extension of cognition, defending the idea that cognitive processes take place as much within a tool used as within the brain (extended cognition). However, extended cognition is not the only sort of cognition relevant to alternate reality art practice. In embodied cognition, representations go beyond the brain and throughout the whole body. In situated cognition, representations go beyond the body and at least partially into the environment. These cognitive dimensions have an impact on how we navigate through space.

How do digital interfaces accompany mobility and how is mobility is redefining these interfaces? What is the role given to digital interfaces to connect somebody in its spatial and social environment? What is the importance of co-construction of space by several subjects interacting? How are different cognitive levels involved are they implemented? How do existing artistic and recreational devices they use digital interfaces ? (collective of artists Blast Theory, Rimini Protokoll, Orbe, Stalker…)? How do they introduce new continuities between art and the game? How design and test scenarios and stories involved in urban games (construction / reception / participation)? These questions will help initiating this research program.